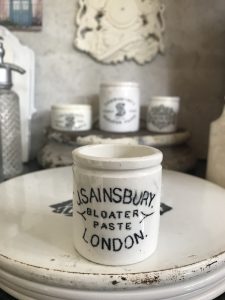 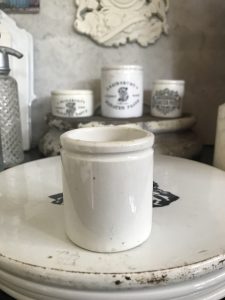 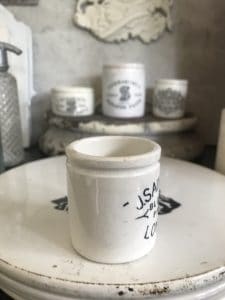 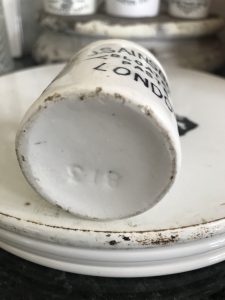 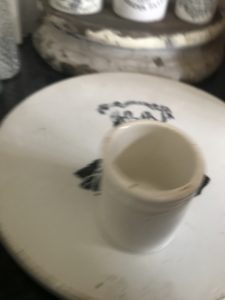 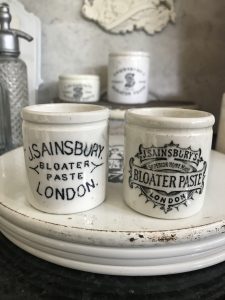 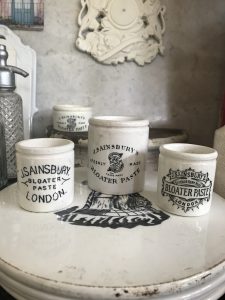 This is a listing for one (1) RARE J. Sainsbury Bloater Paste Advertising Pot c. 1880’s. This sweet  mini pot is in excellent condition!  Another  Very Rare Find!