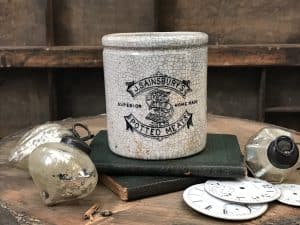 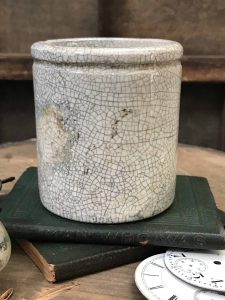 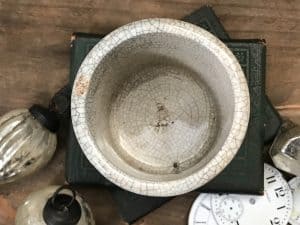 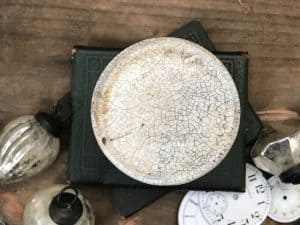 One Antique English Advertising Pot – Large J. Sainsbury’s Potted Meats. This pot has beautiful overall crazing giving it the a perfect patina and is in excellent condition with no chips or cracks. Looks darling loaded with toothpicks or a single stem. Comparison to the Large-Size Bloater and the Mini Frank Cooper