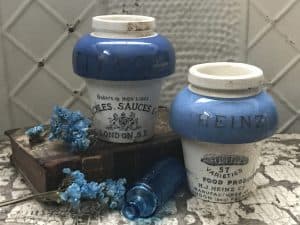 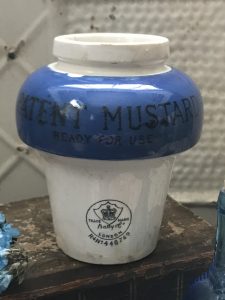 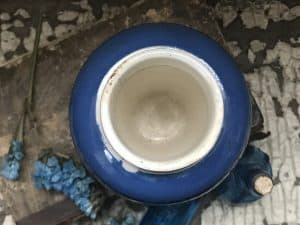 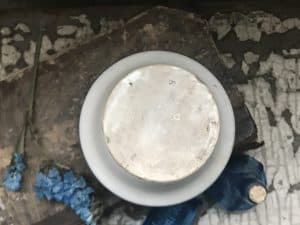 This very Rare Pot with a beautiful cobalt blue top was curated at the National Bottle Show this summer from a dealer who had many clean pots from the late 1800’s and only brings his wares to this famous show each year.

This pot is in great condition with a small fleabite on the bottom front and a very small repair on the bottom right side. Super rare and one of my personal favorites. Displays well and looks wonderful displayed with other French and English Advertising Pots, old books, ironstone, etc.