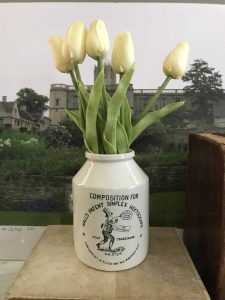 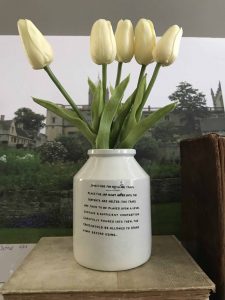 This is a listing for one (1) Rare Hall’s Simplex Hektograph Black Ink.  So charming!  A great addition to your Black and White antique transfer pieces.  Maling Stamp 425 on base.