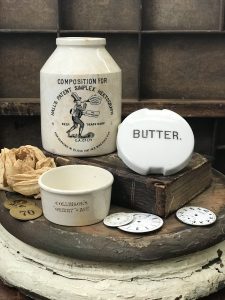 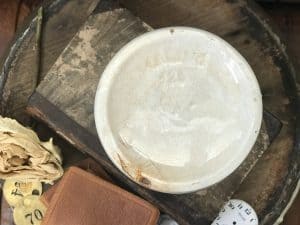 This is a listing for one (1) Rare Hall’s Simplex Hektograph Black Ink.  So charming with type on both the front and back sides!  A great addition to your Black and White antique transfer pieces.  Maling Stamp 425 on base. This pot is in great condition with beautiful overall crazing and only a minor fleabite on the bottom, which is not noticeable when on display.