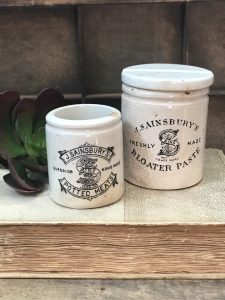 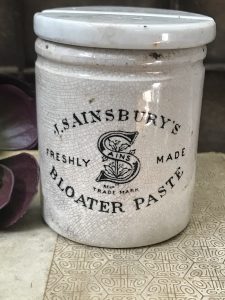 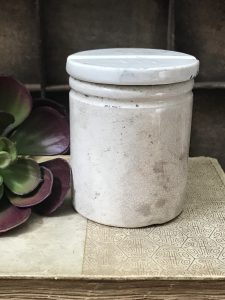 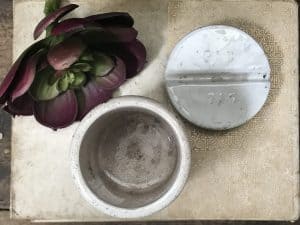 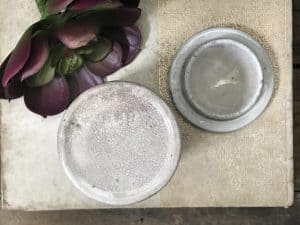 This is a listing for one (1) J. Sainsbury’s Bloater Paste Advertising Pot in a larger rare size, including a mismatched but well-fitted lid. You will receive this exact pot with dark transfer, beautiful overall crazing and just the perfect color! Rare Find! Great condition with no chips or cracks.