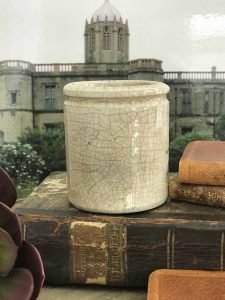 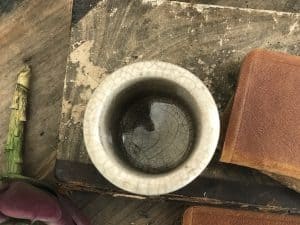 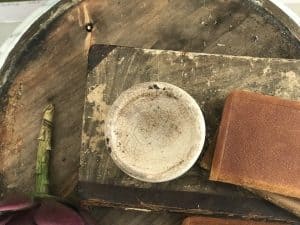 This listing is for (1) J. Sainsbury’s Superior Home Made Potted Meats crock. This pot is in great condition with no chips or cracks and has overall crazing giving it the perfect patina so many desire. Looks darling loaded with toothpicks or a single stem.

Most pots have some level of crazing, may have spots of discoloration, light hairline cracks and minor chips and fleabites that should be considered patina, additions to character and do not detract from its display value.  These are expected due to age, use and let’s not forget they were often buried for decades before being dug up and rescued.