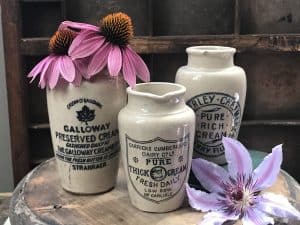 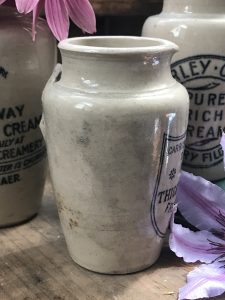 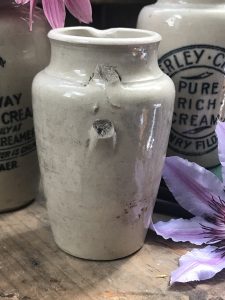 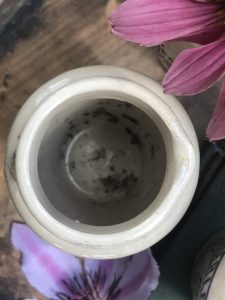 This listing is for (1) Carrick’s Cumberland Dairy Co. Ld. PURE THICK CREAM, FRESH DAILY, Low Row. Nr. Carlisle Crock with a Spout. Originally it had a handle but it broke off. Beautiful Black Transfer Print on Creamy Colored Crock/Pot.  Carrick’s was the #1 cream sold in the late 19th to early 20th century. With the exception of the missing handle, this pot is in great condition.  Displays beautifully!