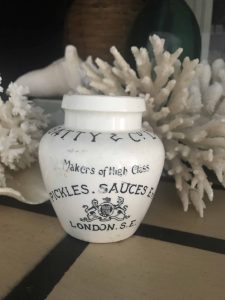 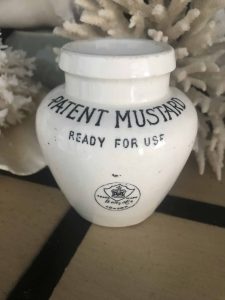 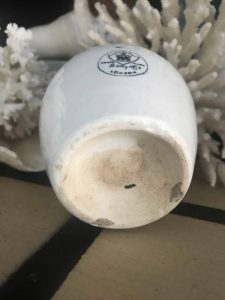 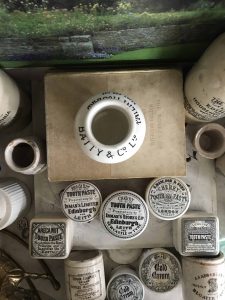 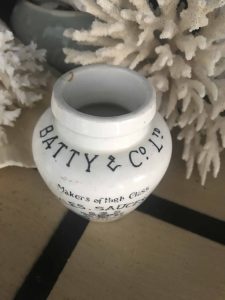 Measures Approximately 4″ tall and diameter of 3 1/2″ at wides point, 2″ at mouth

This very Rare Pot is very scarce and hard to acquire.

There are only a few signs of age on this Very clean and beautiful pot — a small chip as pictured on the base which is not visible when displaying along with just a couple of little rust spots typical from age.   Super rare and one of my personal favorites.   Displays well and looks wonderful displayed with other French and English Advertising Pots, old books, ironstone, etc….