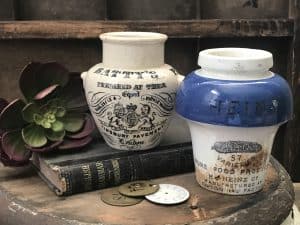 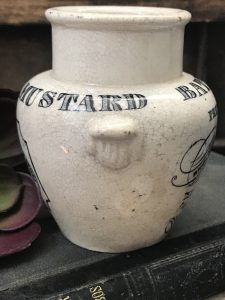 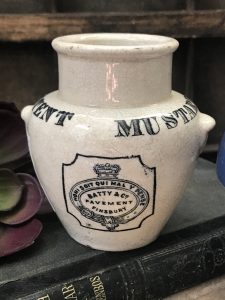 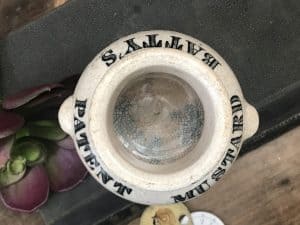 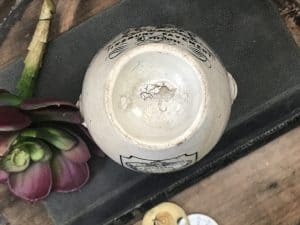 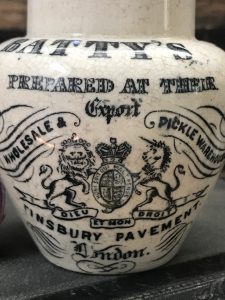 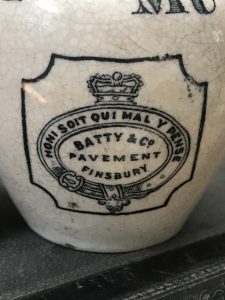 Measures Approximately 3.75″ tall and diameter of 3.5″ at widest point including the handles, 2.25″ at mouth

PREPARED AT THEIR WHOLESALE & PICKLE WAREHOUSE

TRADEMARK IMAGE ALSO IN IMAGE ON THE BACKSIDE

This very Rare Pot is very scarce and hard to acquire.

This very rare pot is in excellent condition with no chips or cracks and has gorgeous overall crazing. In addition it has a small handle on either side. Super rare and one of my personal favorites. Displays very well and looks wonderful displayed with other French and English Advertising Pots, old books, ironstone, etc….