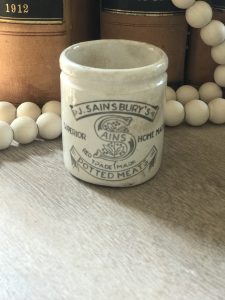 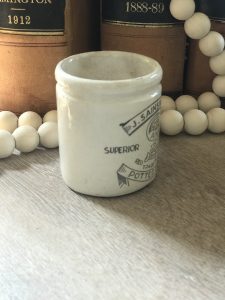 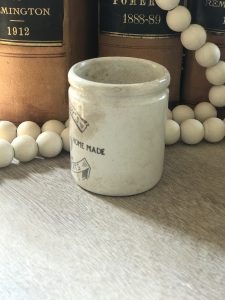 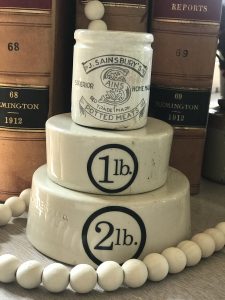 This listing is for one RARE J. Sainsbury’s Potted Meat with an Early Graphic and smaller size.  You will receive the exact pot pictured.  Pot Reads:

This early version of the famous Sainsbury’s Potted Meat pot is believed to be dated from the 1880’s and was just dug recently from the last Victorian Dumpsite in London which just finished being excavating in 2020.

Each of these charming pots vary slightly in shape and size as they were each handmade and look darling loaded with toothpicks or a single stem. Please consider the images as your best description for all of my items.