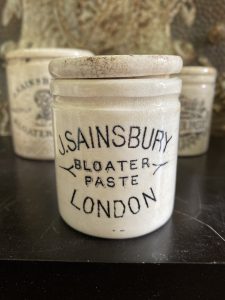 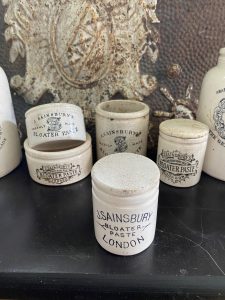 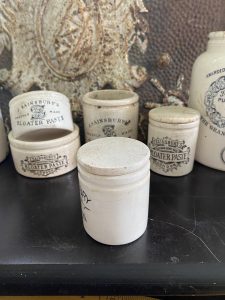 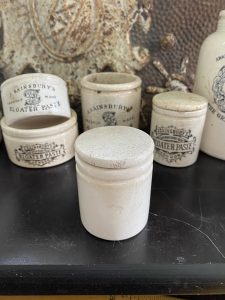 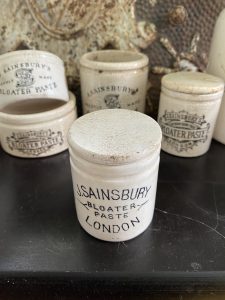 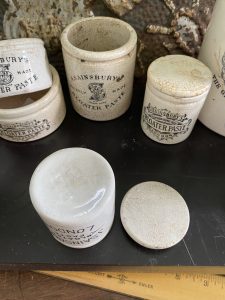 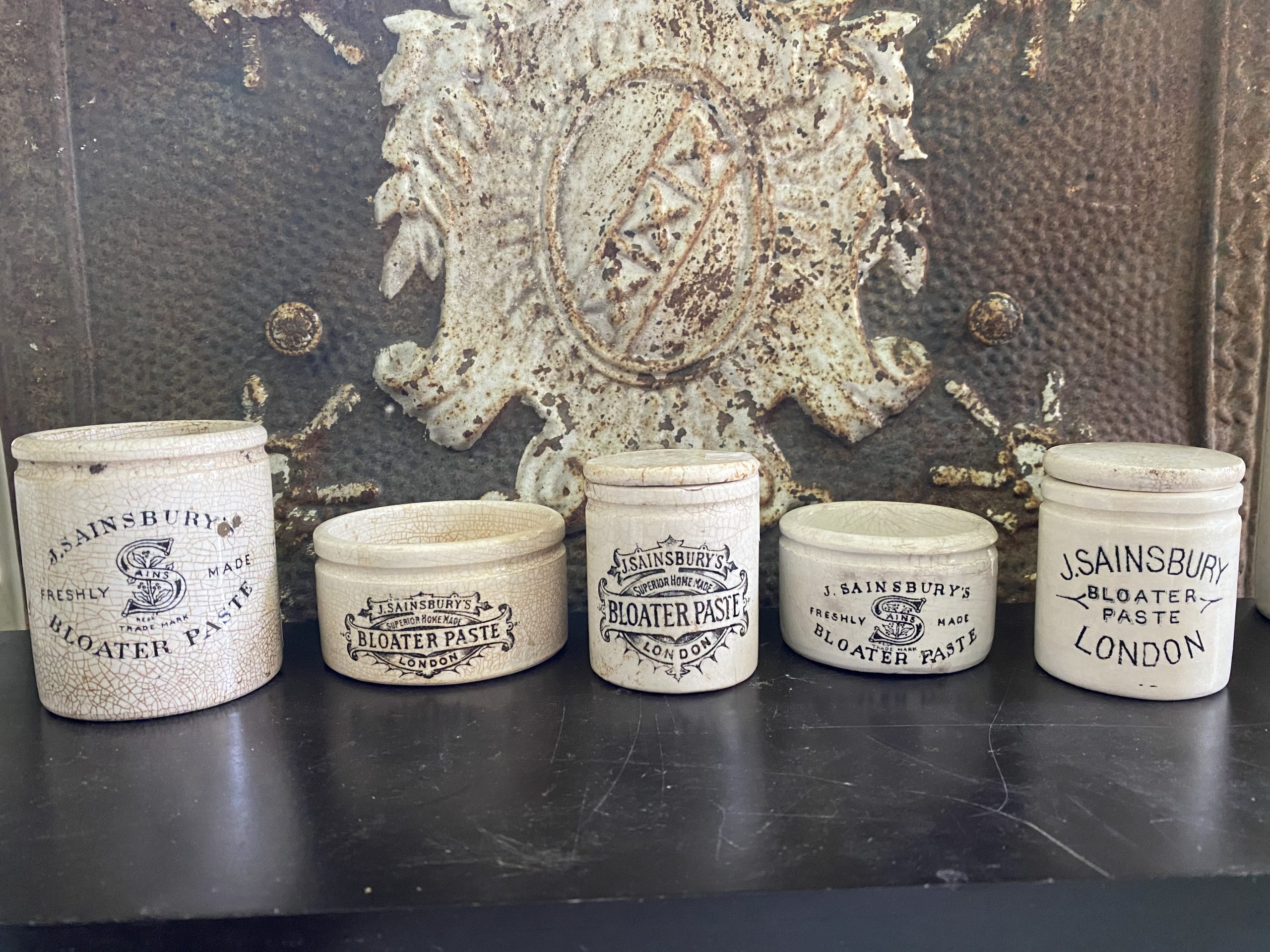 This is a listing for one (1) Early RARE Variety of the famous J. Sainsbury Bloater Paste Advertising Pot c. 1880’s. with lid.  This sweet mini pot is in excellent condition with no chips or cracks Rare Find!

Each of these charming pots vary slightly in shape and size as they were each handmade. Looks darling loaded with toothpicks or a single stem. Please consider the images as your best description for all of my items.