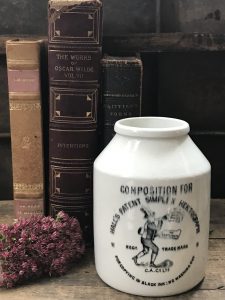 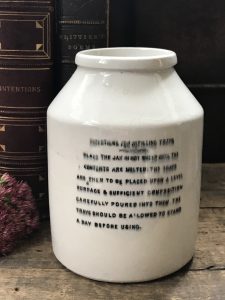 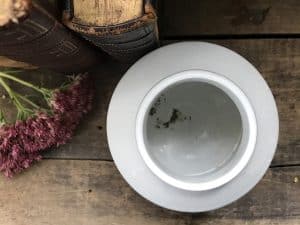 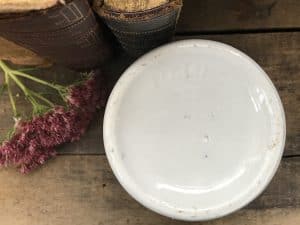 This is a listing for one (1) Rare Hall’s Simplex Hektograph Black Ink.  So charming with type on both the front and back sides!  A great addition to your Black and White antique transfer pieces.  Maling Stamp 425 on base. This pot is in great condition with no chips or cracks although the transfer is slightly blurred, which is simply a manufacturing flaw.