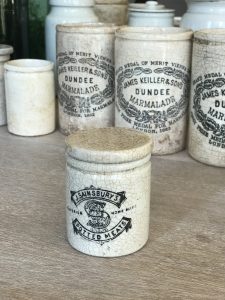 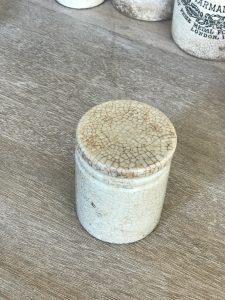 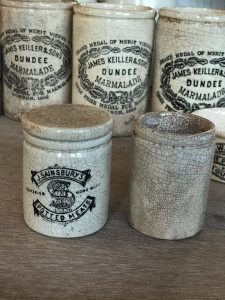 This is a listing one Perfect Patina J. Sainsbury’s Potted Meats Size Small Pot with Well-Fitted Lid in Beautiful Condition!