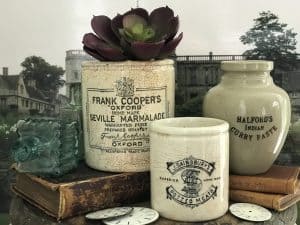 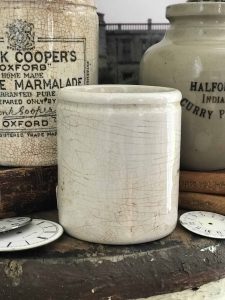 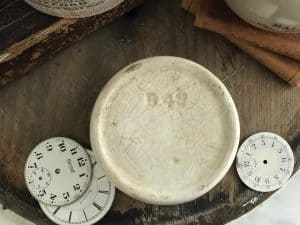 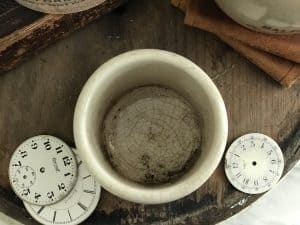 One Antique English Advertising Pot – Large J. Sainsbury’s Potted Meats. I will select one pot from my current inventory with no chips or cracks.  Please indicate in the notes at checkout if you prefer crazing or a cleaner pot and I will do my best to select the patina you prefer.  Looks darling loaded with toothpicks or a single stem.

Comparison to the Large-Size Bloater and the Mini Frank Cooper