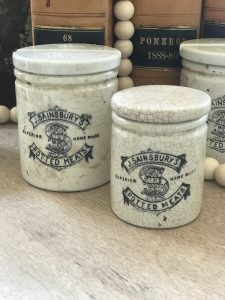 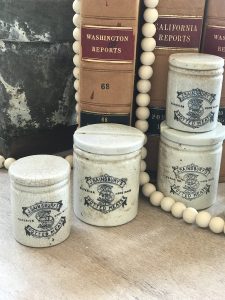 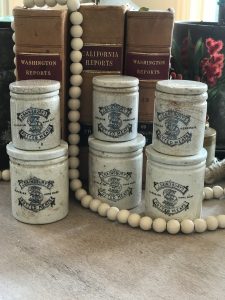 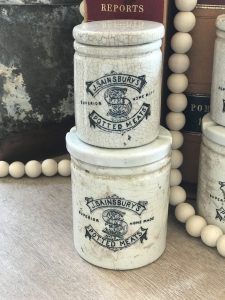 You will receive 1 set of 2 pots from my current inventory that is well represented by these images.  They each have beautiful age related crazing.  Great condition!

The Large-Sized Sainsbury’s Potted Meats were dug recently from the last Victorian Dumpsite in London that they just finished excavating in 2020.