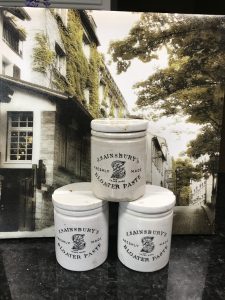 This is a listing for one (1) J. Sainsbury’s Bloater Paste Advertising Pot w/lid in a RARE larger size. You will receive one lidded pot from my current inventory pictured.Rare Find! Pot Reads: