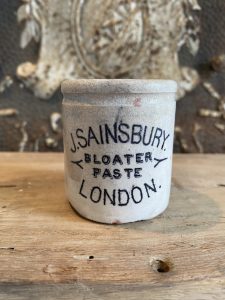 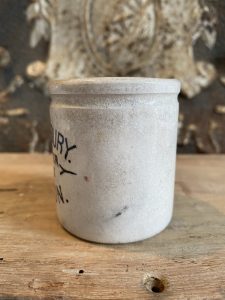 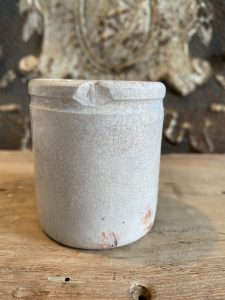 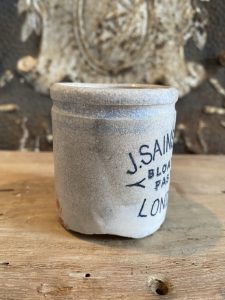 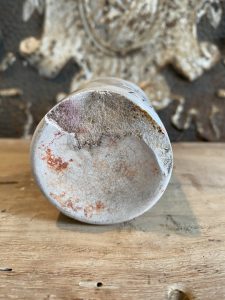 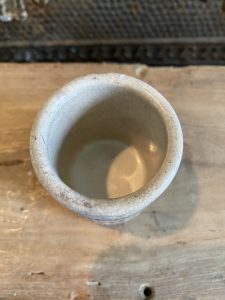 This is a listing for one (1) RARE J. Sainsbury Bloater Paste Advertising Pot.   This sweet  mini pot is in age appropriate condition with a large flat chip along the base and a small flat chip on the rear lip.   A Very Rare Find!